Well if you have a new Samsung TV then perhaps you should think twice before answering that question.  Their new generation of Smart TVs have a voice activation feature that allows you to switch on and off, change channels and stuff like that, but it’s possible that this comes at a significant cost.

An eagle eyed EFF activist called Parker Higgins, took the time to read the privacy policy of these TVs and discovered a rather alarming paragraph which stated –

Please be aware that if your spoken words include personal or other sensitive information, that information will be among the data captured and transmitted to a third party through your use of Voice Recognition.

So let’s just have a think about this, if you enable the voice recognition function on your shiny new Samsung Smart TV, the bloody thing will not only listen to all your conversations it will also transmit them to a myriad of  third party companies.  Your TV would actually be sitting in the corner of your room spying on you!

Now putting aside my personal dislike of all voice enabled devices, I mean why is talking to an inanimate device preferable to pushing a button, this is a seriously worrying threat to people’s privacy.  For a start you’d have to be permanently on your guard, who knows where your conversations are going to – just some spotty Samsung technical geek  or more likely a selection of marketing companies?   Secondly, it’s not only spying on you the owner of the TV but anyone who happens to be in the room – have they given their permission ?  Should anyone entering your living room be given a disclaimer and need to sign a consent form !!

Samsung have now modified the wording in their policy insisting that the TV doesn’t in fact listen to ordinary conversations.  This is however rather difficult to believe after the initial policy wording,  I mean you’d never put that down in writing if it wasn’t in some way true.  There is obviously little thought being put into the design of these devices, as far as privacy goes – relying on stuffing a few sentences deep in the TVs documentation (which it probably thought nobody would read).

There are other aspects to the technology which makes it even more unlikely that conversations can’t be monitored by the device.  For start the TV is capable apparently of recognising complex requests like –

I mean a TV would have to listen to pretty much everything to pick up and filter requests like that, this is beyond someone like me shouting OFF  in his stupid accent.

What is more that the TV doesn’t have a single microphone, you can’t just huddle in the corner away from the TV whispering – there’s another in the damn remote control.   Cunning move, the TV remote in my house for example it is the singlest most difficult to find device by far.  It routinely turns up in all sorts of obscure locations and I’m sure my children are on some sort of retainer to hide it every time they’ve finished watching.

Well I for one, will not be purchasing one of these things, however unfortunately it will also involve me upgrading my general level of paranoia.  I foresee a future of creeping around electronic stores or checking the backs of friends TV sets when I enter their house  (and of course enquiring about the location of the remote).

Does anyone really need this rubbish !! 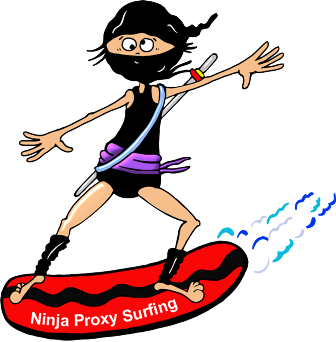